The combat game genre is very broad and goes far beyond tanks or “sorcery. It has everything from shooters to strategies, which often provide bizarre cross-genre experiences and create entire universes. Sometimes pre-made “universes” come into the world of mobile gaming. An example of this is a game based on Star Wars, which is also included in our selection today. To give you something to play at the weekend for those who love good war games, we’ve put together a variety of representatives of this genre that have one thing in common – the love of players around the world. Some of them have flaws, but overall they are still great. 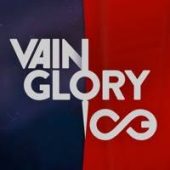 Vainglory
Version: 4.13.4 (147219)
Date update: 08.08.2019
Download
Can we use your data to tailor the ads for you? Our partners will collect data and use cookies to personalize and measure advertising. If you do not agree please leave the site!
Adblock
detector