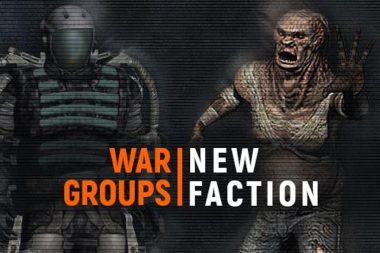 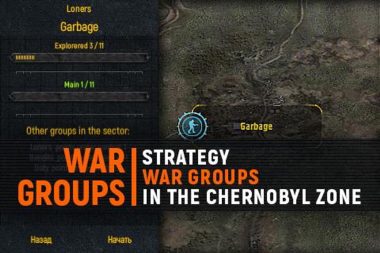 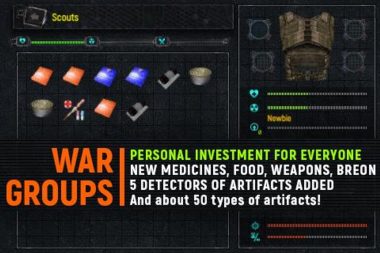 The description of War Groups

War Groups is an exciting strategic action game based on the STALKER game, and also has a great addition in the form of War Content mod. A lot of groupings, locations and pumping capabilities will delight all fans of the series. The actions take place in a zone protected from the outside world, where bandits, military, fanatics and stalkers rule. They constantly divide spheres of influence, seize enemy bases, use everything that comes to hand in order to enrich themselves. The player will have to form his own squad, which will fight with the enemy. The more professional fighters get into the team, the easier it will be to conquer territory.

The map is divided into bases, which are both a house and a fortified fortress for groups simultaneously. The user also starts from a similar place, but in order to save it for posterity, it is necessary to pump protective structures. The outcome of the battle will depend on the skill level of the fighters, as it is necessary to resist not only armed Persians, but also mutants. When completing tasks, the player will move further along the map, capturing the marked points and destroying enemy non-entries.

Characteristics of the gameplay

There are four standard ranks in the game: experienced, stalker, veteran and master. Their capabilities depend on the chosen equipment and weapons. The characteristics of the barrels correspond to real analogs, since all the components are taken into account in the configs: the speed of the bullet, the damage and the number of shots per minute. In addition, you can improve the combat parameters of the characters with the help of bonuses in the form of artifacts. Authentic atmosphere and voice in stock. 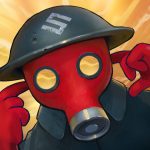 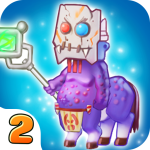 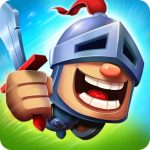 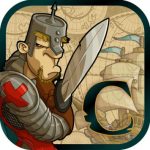 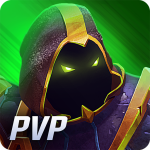 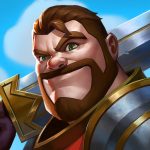 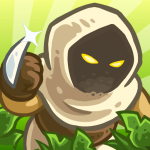 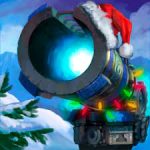 Defenders 2: Tower Defense
1.8.184300
Nival
Can we use your data to tailor the ads for you? Our partners will collect data and use cookies to personalize and measure advertising. If you do not agree please leave the site!
Adblock
detector